5FINITY has provided us with an exclusive promo for their upcoming release: Cherry. 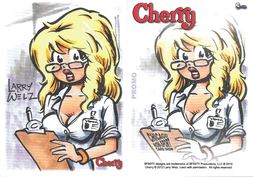 
Breygent has supplied us with an unnumbered foil promo for the Dexter Season 4 Set. 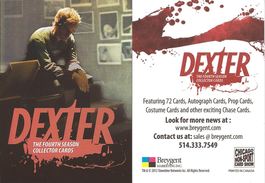 
They have provided us with the P2 promo for their upcoming Vampire Diaries Season 2 set! 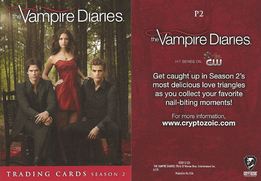 
There will be a promo for the upcomiing SideShow card set in each admission package!

Marty and Boo started with an original take on the Alice in Wonderland story and turned it into cards with a focus on sketch cards.  Look for the followup set Nevermore Alice Flux later this year along with other sets in the works like Dead Sexy.


They have provided us with an exclusive promo for the Nevermore Alice 2 set! 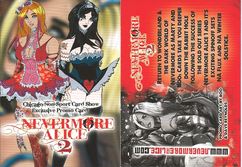 
Stax has provided us with their P3 Promo for the current Baseball Stars set.

Versicolor Productions started out as a printing company printing just about everything, including custom cards and sketch cards.  In 2011 they released the Betty Page Private Collection Box 1 to rave reviews.  Look for Box 2 later this year! 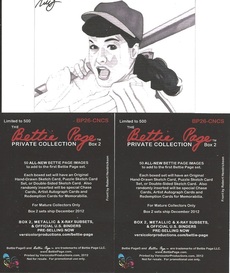 We will try to continue our promo card series featuring our guests.  More details as we go along...

Look for Promo P19 in the Alien Promo Card Series from Scifi Cards. 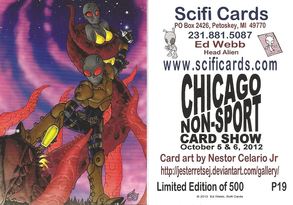