April 2014 Promo Cards
We are working on getting a great selection for the show.  I'll post pictures and details only when we have the cards in hand, but these companies have committed to providing promo cards...

Breygent comes through yet again with a beautiful FOIL promo for the Witchblade set.  Unnumbered, it has the Chicago Non-Sport Card Show logo on the back.  Another foil promo?  Why yes, thank you very much.  This one is for the upcoming release Bates Motel and it also is exclusive to the show with our logo.

And the final promo from Breygent is another FOIL promo for the Season 2 Set of Grimm.  Thanks to Breygent for their unwavering support of our little show.


And the Mystery Promo is for...  The Hobbit: An Unexpected Journey.  It's P2 and has the show logo on the back.  Thanks a bunch Crypotzoic!


5FINITY continues their support of the show with a promo card for their soon-to-be-released Babes of the Dead.  The card features artwork by fan-favorite artist Katie Cook! 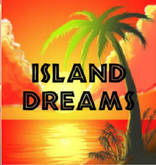 Formerly half of Marty and Boo's Cards, ID Artcards is the producer of the popular charity set Island Dreams.

Having established themselves as a first class trading card company, Breygent continues to push out both art and entertainment based sets.  Look for Witchblade, American Horror Story, and Bates Motel cards from Breygent in 2014.

Rittenhouse Archives is known as a leader in the non-sport card world.  They have licenses for established franchises like Star Trek, James Bond, and Marvel Comics.  Look for Continuum and Buffy the Vampire Slayer cards coming in 2014.