Spring 2016 Promo Cards
The Following Promos are IN HAND, others may be available by showtime. 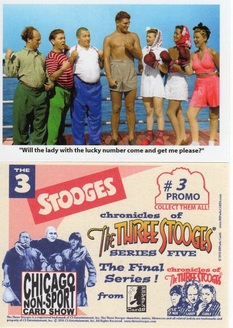 RRParks Trading Cards has provided us with a promo card for their upcoming Chronicles of the 3 Stooges Series 5.  The promo has the show logo and is Promo number 3 for the Series 5 set. 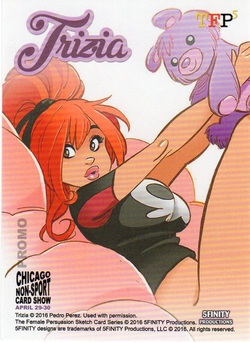 The promo is for the 5th Edition of The Female Persuasion and features the character Trizia by artist Pedro Perez.

This is promo card number P45 and features art by artist Dan Gorman.  It is a companion piece to the promo that was given away at the door last fall.