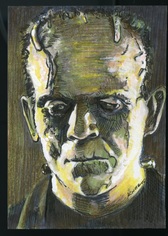 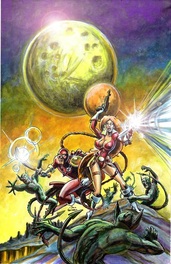 Will Continue their promo card tradition with another great alien promo card from artist Dan Gorman.  This will be promo P46 in the ongoing series of Alien themed promos.